Dear members of the IOM. We are sad to inform you of the passing of Prof. Shlomo Rottem. Prof. Rottem was a pilar of the field, who had quite literally written the book on mycoplasmology. He was a founder of the IOM, and had participated to all the IOM Congress. He will be dearly missed by our community

You will find below an obituary written by his colleagues Dr. Ran Nir-Paz and Dr. Inna Lysnyansky.

It is with great sorrow that we inform you on the passing away of Prof. Shlomo Rottem at the age of 83.

Shlomo was born in 1939 in mandatory Palestine. His birth date by the Jewish calendar was 15th in Shvat which is also regarded as the birthday of the trees, and each year it was celebrated by his colleagues and students with joy!

Prof. Rottem was one of the first IOM members. He started his mycoplasma carrier doing his PhD at the lab of Prof. Shmuel Razin, in the 1960th, after which he followed a postdoc period in Philadelphia and California. For his postdoctoral period, he was awarded the Fulbright scholarship. Upon his return, he got a position at the Hebrew University in which he was a full professor since 1980, and was active until his last few weeks. Shlomo had many students and postdocs in his lab that contributed to his impressive publication list. During his academic career, Shlomo also served as a visiting professor in many academic institutions around the world including Harvard University, FDA, UC Berkeley, Univ of Sydney, Max Planck, UCI and Columbia University.

Shlomo was the author of over 220 articles, many book chapters and served as the editor and guest editor in many books and journals. He had tremendous impact on the whole mycoplasma and membrane and lipid research community. In recognition of his outstanding contributions to the mycoplasmology, Shlomo was awarded two of the most prestigious IOM awards: the Emmy Klieneberger-Nobel award in mycoplasmology (1996) and the IOM founders award (2010). In addition, Shlomo was a strong advocate of mycoplasmology and an active member of the IOM; he participated in all IOMs since the organization was founded. Moreover, Shlomo served in few scientific IOM committees and organized several IOM meetings, including the last one in Tel-Aviv 2021, which at the end was a virtual one. He also was an active member of other international as well as national societies and was the chair of the Hebrew University Institute for Microbiology, and the Israeli society for Microbiology.

At the Age of 83, Shlomo was followed by his wife Ziva, 2 sons Gidi and Boaz and 4 grandchildren. 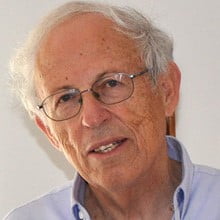