Dear members of the IOM,

We are sad to inform you of the passing of Dr. Laszlo Stipkovits.

Dr. Stipkovits was a main figure of the IOM, and a member of the organization since its inception.

You will find below an obituary transmitted by Dr. Miklós Gyuranecz.

Born in Horvatkimle, Hungary, Laszlo Stipkovits gained his veterinary qualification at the Moscow Veterinary Academy (1961) and his PhD from the Hungarian Academy of Sciences (1968). In 1961 he joined the Veterinary Medical Research Institute of Hungarian Academy of Sciences, was Deputy Director of the Institute from 1985-1990, and headed the Mycoplasma Research Group. In 1988 he was appointed professor of epidemiology at the Faculty of Veterinary Sciences, Szent Istvan University, Budapest. Since 2008, he was the Director of the Veterinary Translational Research Group at the RT-Europe Research Center, Hungary.

He performed succesful eradication programmes for M. gallisepticum and M. synoviae infections in large poultry flocks. He described pathological conditions associated with mycoplasma infections, including co-infections with viruses, such as influenza, and discovered two new species, M. anseris and “M. anserisalpingitidis”. He developed vaccine against these mycoplasmas, which was used successfully for several years. He published 321 scientific papers, book chapters etc and gave numerous lectures.

Laszlo was always very active in translating his research to the practicalities of dealing with mycoplasma infections, including diagnostics, vaccines, and medication for M. gallisepticum and M. synoviae infections. He developed and tested numerous products, including blocking ELISAs for M. gallisepticum and M. synoviae, and vaccines for duck and goose mycoplasmas.

From 1980-2005 he was the Secretary of the Hungarian Branch of WVPA, and was Corresponding Secretary of WVPA for Hungary and Secretary of the Xth WVPA Congress in Budapest in 1997. He was also the member of the WVPA Hall of Honour. Since 1972 he had been a member of the International Organization of Mycoplasmologists (IOM) Avian Mycoplasma Team, and he served on the Board of IOM from 1980-1984.

Outside of work, he enjoyed fine food, viticulture and wine making. He was active in sports, mainly soccer and yoga. He enjoyed travelling with his family. 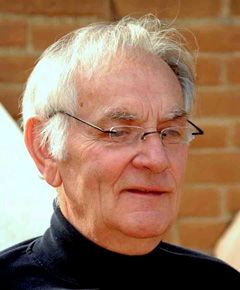